Robotic fibre placement: A new tufting head has been developed with variable stroke length which enables variable tufting loop height. Integration of the fibre placement process with the tufting process is being explored.

3D weaving: Based on previous manufacturing trials, modifications were needed to increase process flexibility and to run the weaving process smoothly. A weft insertion mechanism has been modified by integrating individual drives which enables complex near-net shape preforming. The shedding mechanism has been modified to produce various weave architectures such as angle interlock, layer to layer and orthogonal. The total number of drives has increased 30 from 15 which enhanced capability of the machine. Various weave architectures are being produced and tested for comparison with preforms from conventional weaving machines.

3D braiding: A new profile braider has been installed and commissioned. Various profile structures are being manufactured in order to explore capabilities.

The research work concerning the braiding/winding process is underway for developing a complex-shaped fibre reinforced pipe for aviation fuel supply. A new research project has commenced in collaboration with a well-reputed automobile company. It will concern winding on a complex shaped mandrel. Also, a research grant has been acquired for developing composite helicopter rotor blades. This will also involve using sensors during preform manufacturing hence producing a multifunctional composite. 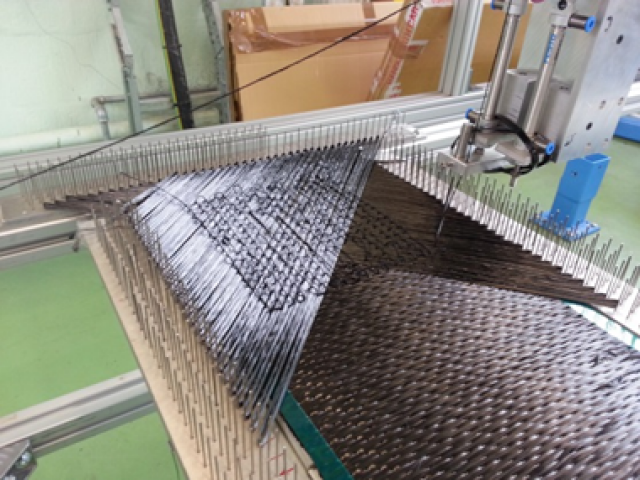 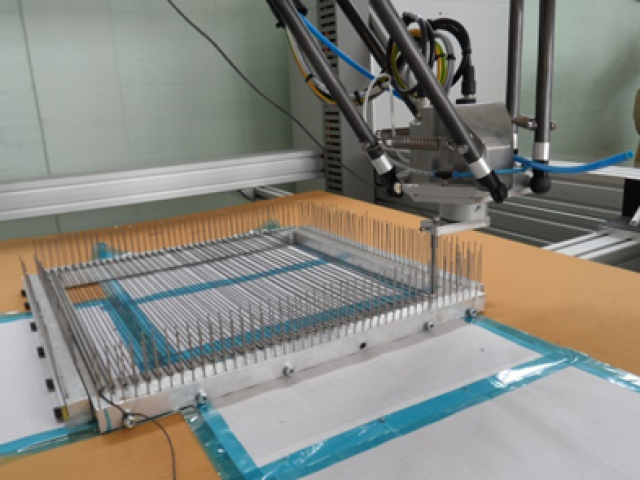 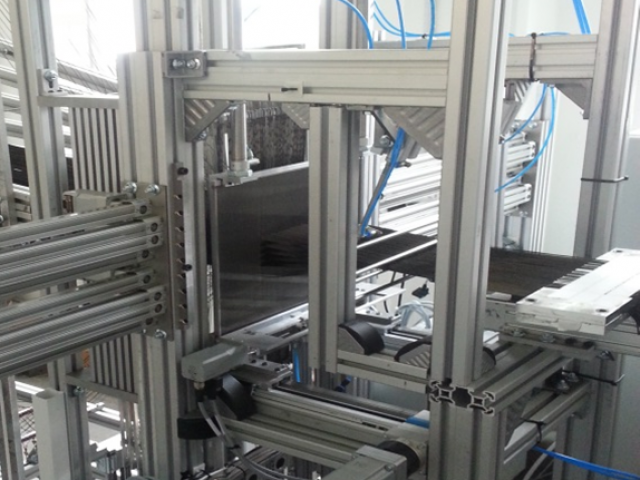 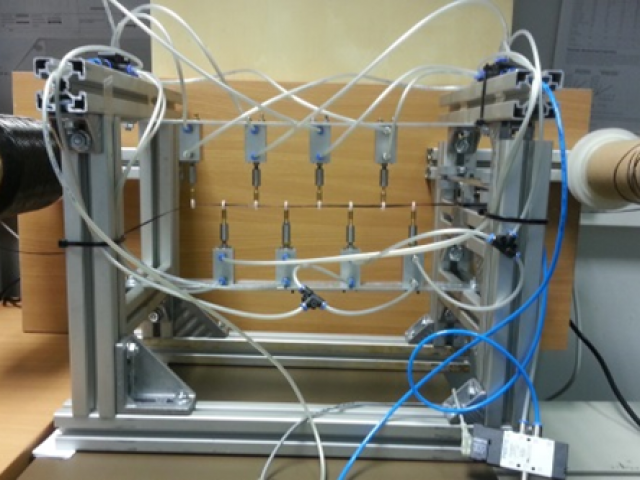 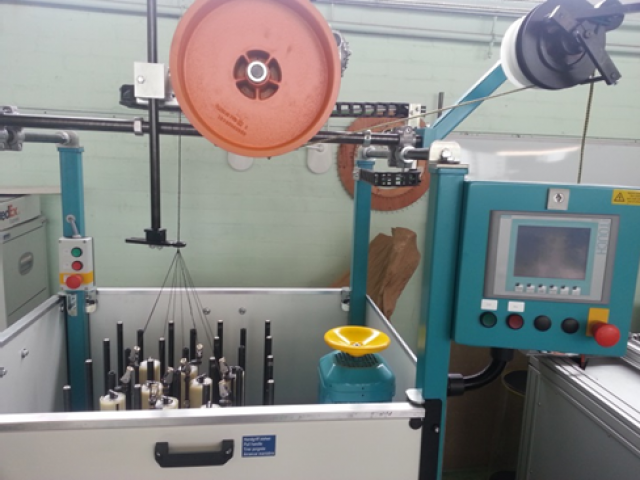 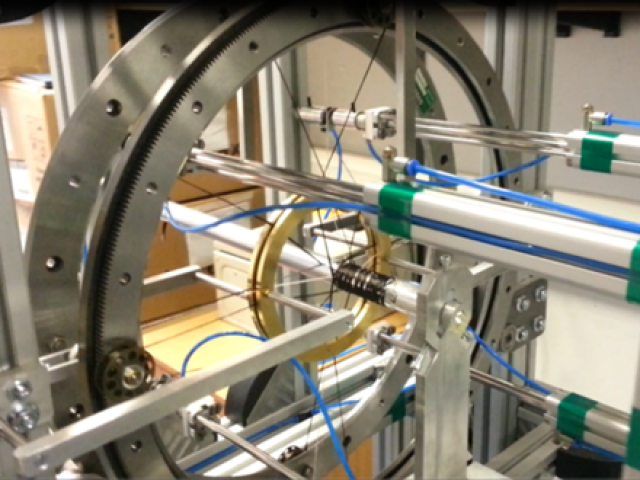