Host Institution: The University of Bristol

Hand laminating of complex composite structures is a skilled manual process, which has proven very difficult to replicate with robots. This project tackles the problem by introducing collaborative human-robot working (‘cobotics’) to composite laminating.  This approach has been successfully implemented elsewhere in other manufacturing environments to increase productivity and reduce worker fatigue in tasks that have proved difficult to fully automate. The aim of this project is to create a hybrid manufacturing process that combines the flexibility and capability of Hand layup with the speed and repeatability of automated layup. This approach has the potential to increase layup speed whilst significantly reducing worker fatigue and injury risks.

A new laminating process has been developed where a human and robot work together to layup prepreg composite materials onto complex mould shapes. A range of complex composite layups were completed by a laminator and a six-axis robot working sequentially, taking turns to work on the layup. In the first round of trials the robot took over the majority of the compaction duties, pressing the prepreg onto the mould, relieving the human of the repetitive, high force actions. The human completed the remaining elements of layup, primarily aligning and deforming the ply to the mould shape. The result was a significant reduction in human-prepreg contact time and much of the intensive physical effort was removed from the process. A second round of trials are currently in process where the human and robot are operating simultaneously in the same workspace. The robot supplements the laminator by acting as a ‘third hand’, taking on a range of layup tasks while the human is still fully engaged in the layup with both hands 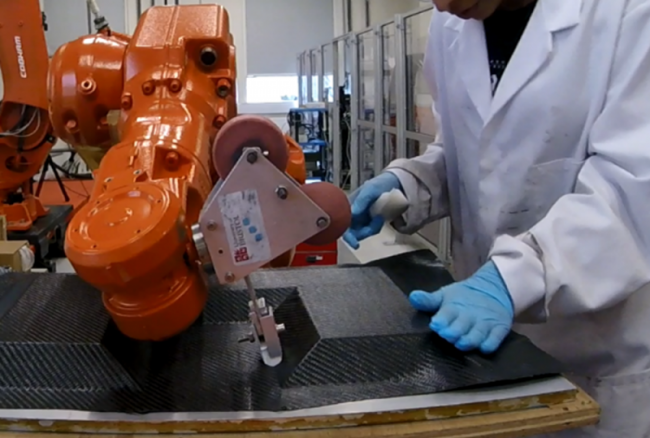 Figure 1. Manufacture of a composite component by collaboration between laminator and robot. 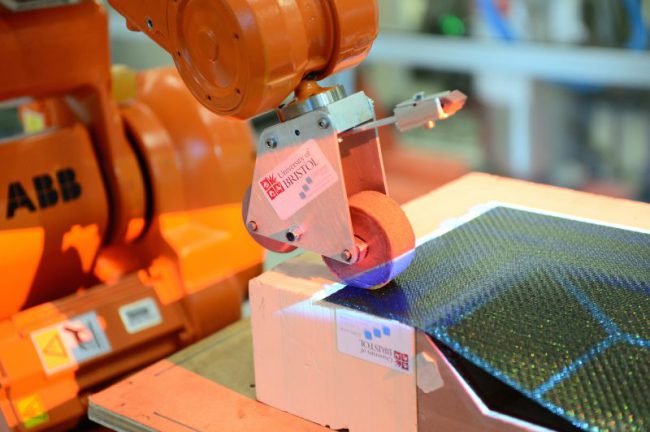 Figure 2. Six-Axis robot uses a compliant roller to consolidate a section of the layup